As a bonus, if we connect on Spotify, you not only get access to An Event Apart’s playlists from the past decade, you also get a preview of the 2020 playlist in progress.

For your listening pleasure, I have prepared a 15-minute playlist composed of ten short songs.

Before I share the URL, here are the requirements:

You must have Spotify. (Sorry.)

For maximum pleasure, set the playlist to infinite Repeat, so that the very last track of the playlist begins crossfading into the first track. Listen forever, with volume as loud as you can handle it.

Got all that? Good. Now you can enjoy the playlist.

My design constraints in creating this playlist for you were as follows:

Note: Some tracks contain adult language. If that bothers you, you may not enjoy this playlist.

SINCE AT LEAST 2010, subscribers to Spotify’s paid music service have asked the company to include the ability to sort playlists alphabetically in the desktop player. It’s the sort of drop-dead obvious feature that should have been built into the player while it was still in alpha. Yet, after six years of requests by paying customers, the feature still does not exist. Many good people work at Spotify and take pride in working to create the best possible music service. But the management in charge of feature requests does not seem to care about or respect customers.

Spotify subscribers organize their music in playlists. Any serious music listener will soon have dozens, if not hundreds, of playlists. They appear in the sidebar in reverse chronological order of the date of their creation. From a programmatic standpoint, the order is random. The inability to sort playlists alphabetically soon makes listening to one’s entire collection problematic. You ignore most of your playlists because you can’t find them, and waste time recreating existing playlists because you’ve forgotten they exist—or can’t find them.

For years, Spotify users have taken to the company’s message boards to request that this basic, rudimentary, obviously necessary feature be added. And for years, Spotify’s official message-keepers have strung users along. Reading these message boards is a study in corporate indifference. In this board, for example, which began in 2012, one customer after another explains why the ability to alphabetize their list of playlists is necessary if they are to continue using the service. It’s almost comical to watch the customer support folks react to each post as if it is a new idea; or attempt to pacify the customer by assuring her that staff is “working around the clock to implement this feature.” That last comment was made in 2015, three years into the thread; there’s been no word about the feature since.

What Spotify has done is create an all-you-can-eat buffet, and equipped its customers with a toothpick in place of a knife and fork or chopsticks.

The problem can’t be that difficult to solve, as Spotify has added alphabetization of playlists to its phone and tablet apps. Yet the desktop, a primary source for folks who listen to music while working, remains as primitive as it was in 2010.

Six years of alternately pretending not to know that your paying customers require a basic tool to manage their subscriptions, and pretending to be working on a solution, shows a basic disregard for the paying customer. Which kind of goes along with a disregard for the working musician, who isn’t exactly getting rich off the Spotify royalties that have replaced CD sales.

Apple Music has rubbed me the wrong way since Apple first crammed it into their increasingly dysfunctional iTunes player (whose poor usability is what drove me to Spotify in the first place). I hate that Apple Music shows up on all my Apple devices, even though I don’t subscribe to it, and even after I’ve turn it off in Settings. In this regard, Apple today is like Microsoft in the 1990s. And I don’t mean that in a good way.

But, as obnoxious and overdesigned as it is, there’s one thing I like about Apple Music: it just may drive the complacent management at Spotify to actually start listening to their customers.

MY MOTHER played piano and cello. My father draws, paints, and sculpts; plays trumpet and guitar; and led an advanced R&D lab in the 1970s, developing robotics and rocket parts. You know what I do, but I also play keyboards and other instruments, studied music theory, and composed and produced music in my own studio before failing up into my present career. We Zeldmans go our own way, bring our own juice, and leave a trail of tears and gold. But my brother Pete Zeldman is the real talent in the family.

My brother Pete spontaneously composes and performs music of such rhythmic complexity that Edgard Varèse and Frank Zappa would be proud. Even with an advanced music degree, you’d have a tough time following the music analytically. But you don’t have to, because it grooves. That’s the crazy surprise of it. My brother plays 17 in the time of 16 in the time of 15 in the time of 14, with cross rhythms in simultaneous 3/4 and 7/8, and you could dance to it. Admittedly, you couldn’t pogo, but it doesn’t pretend to be punk. Musically it is probably the exact opposite of punk, but spiritually it is punk because it is pure affirmation.

My brother made two CDs before releasing his new video, Enigma, this week. I listen to these CDs a lot. Although I’ve watched my brother develop his unique rhythmic musical theories over the past 20 years, I don’t attempt to “follow” the music in any analytical fashion while listening. I just let it wash over me. So can you.

New art is rarely understood. New music is rarely what the people want. They threw tomatoes at Debussy and Stravinsky, and now their compositions are gentle backgrounds for dentist’s offices. White people laughed at rock and roll and their children danced to it. Those rockers laughed at hip hop and their kids dance to it. My brother’s music is like that. It is something new. It’s not going to be a movement because it takes a certain kind of twisted genius to conceive of and play it. But you might like it. And if you’re a drummer, you probably need to hear it.

I am proud of my brother and delighted to share his genius with you. Samples from his new video are available at pete-zeldman.com. His CDs are also available. 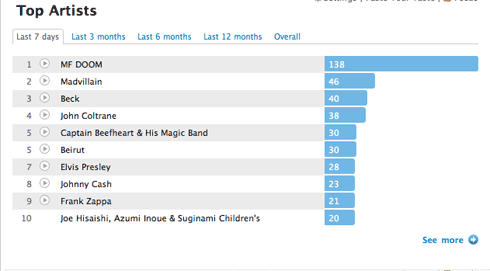 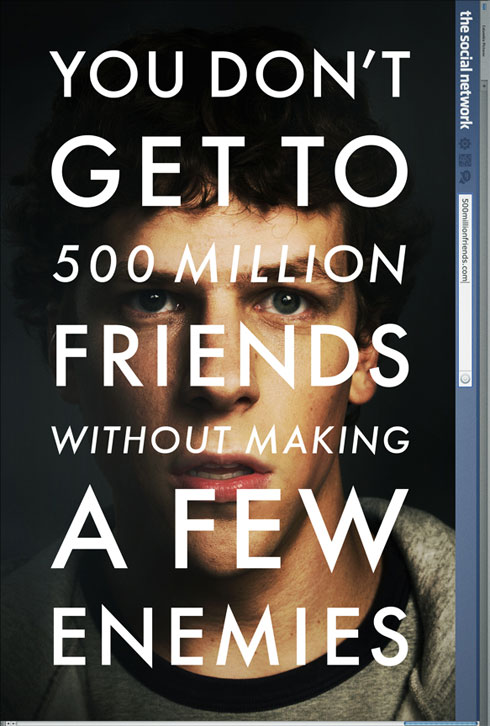 Kind of Blue: Fifty years ago, Miles Davis released an album of pure modal improvisation. It changed not only jazz but all music that came after. Wikipedia’s write-up explains, although their fact-filled prose misses all the poetry. Better still, just listen. Thanks for the nudge: Ray.