I DREAMED that my friend Jason Santa Maria took a job at a popular new startup that had exploded onto the world scene seemingly overnight. A fascinating visual interface was largely responsible for the popularity of the company’s new social software product. It was like a Hypercard stack that came toward you. A post full of exciting social significance just for you would appear in a self-contained deck with rounded corners. The next post would pop up on top of the first. The next, on top of that one. And so on. In my dream, people found this back-to-front pop-up effect thrilling for some reason.

Having imagined the interface, I next dreamed that I went to visit the startup. There were so many cubicles, so many shiny people running around, holding morning standups and singing a strange company song, that I could not locate my friend Jason’s desk. Someone grabbed me and told me the founder wanted to see me.

THE FOUNDER was an ordinary looking white guy in his late twenties. I was surprised that he wore beige chinos with a permapress crease. With all the TV and newspaper hubub around his product, I guess I’d expected a more stylish and charismatic presence.

The founder told me he was concerned because his mother, apparently a cofounder or at least an officer of the company, was of the belief that I had contempt for their product and disliked her personally. I assured him that I liked the product. Further, I had never met his mother, never read or heard a word about her, and felt only goodwill toward her, as I bear toward all people in the abstract. I don’t hate people I don’t know.

“It would be cool if you told mom that yourself,” he said. And suddenly two assistants were whisking me off to speak to her directly.

THE AUDITORIUM-SIZED waiting room outside the founder’s mother’s office was filled with at least a thousand people who had come to talk to her before me. They seemed to have been waiting for hours. There was an air of boredom and rapidly thinning patience, mixed with excitement and the kind of carnival atmosphere that surrounds things that blow up suddenly in the press. It felt like the jury selection room for a celebrity murder case. Only much, much bigger.

The two assistants escorted me to the very front of the auditorium, to an empty row of seats abutting the door to the founder’s mother’s private office. “Special treatment,” I thought. I was thrilled to be cutting to the front of the line, apparently as a result of the founder’s directive to his assistants. The front row chairs were reversed, facing back to the rest of the auditorium, so I was put in the somewhat uneasy position of staring out at the mass of people who had been waiting to see the founder’s mother since long before I arrived.

After a while, Ian Jacobs of the W3C was brought to the front of the room and seated near me.

We waited as other people were shown into the founder’s mother’s presence.

AFTER FIVE or six hours of drowsy waiting, I realized that the room was set up to mirror the software’s interface: people from the very back of the auditorium were first in line, and were shown into the founder’s mother’s presence first. Gradually, the hall of applicants emptied from the back to the front. Those of us in the very front of the line were actually the last people of all who would be admitted to the holy presence. It was a smart marketing touch that apparently permeated the company: everything real people did in the building in some way echoed the characteristics of the software interface — from the end of the line coming first, to the way the rounded conference tables echoed the shapes of individual news posts in the software’s back-to-front news deck.

What a smart company, I thought. And what a good joke on me, as I continued to sit there forever, waiting to see someone I’d never met, who held a baseless grudge against me, which it would one day be my task to talk her out of.

“It’s been a great year for web design books; the best we can remember for a while, in fact!” So begins Goburo’s review of the Top Web Books of 2010. The list is extremely selective, containing only four books. But what books! They are: Andy Clarke’s Hardboiled Web Design (Five Simple Steps); Jeremy Keith’s HTML5 For Web Designers (A Book Apart); Dan Cederholm’s CSS3 For Web Designers (A Book Apart); and Eric Meyer’s Smashing CSS (Wiley and Sons).

I’m thrilled to have had a hand in three of the books, and to be a friend and business partner to the author of the fourth. It may also be worth noting that three of the four books were published by scrappy, indie startup publishing houses.

Congratulations, all. And to you, good reading (and holiday nerd gifting). 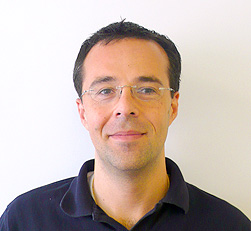 Rich Ziade, creator of the popular reading tool Readability, guests on today’s episode of The Big Web Show, co-hosted by Dan Benjamin and taped before a live internet audience.

Richard Ziade is the founding partner of Arc90, a consulting firm, product shop, and idea incubator based in New York City. Arc90 has a reputation as one of the best web application design shops around. Alas, nearly all their web application design work is for private corporate clients. Thus most of us don’t get a chance to see and learn from Arc90’s work. Fortunately we can get a taste of what they’re about by visiting the Arc90 Lab, where the company shares ideas, tools, and the occasional experiment in web technology.

During Friday’s taping of The Big Web Show, we will probe Rich (if you’ll excuse the disgusting imagery) to find out where his ideas come from, how Arc90 manages the balance between product development and client services, and how to build a reputation when your client services agreements prevent you from having a public portfolio. I will also try to force Rich to tell our listeners if he has any awesome future plans for Readability.

Prior to Arc90, Richard worked in various roles crossing disciplines in design, technology and product management. Rich shares his occasional thought on design and technology at his blog: www.basement.org.

The Big Web Show (“Everything Web That Matters”) is taped live in front of an internet audience today at 2:00 pm! on live.5by5.tv. Edited episodes can be watched afterwards, often within hours of taping, via iTunes (audio feed | video feed) and the web. 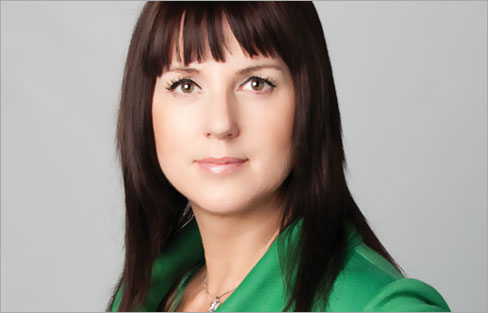 Tara Hunt, social media entrepreneur, author of The Whuffie Factor, cofounder of Citizen Agency, and one of Fast Company’s “women in tech—nine thought leaders who are changing our ideas about technology” is our guest on today’s episode of The Big Web Show, co-hosted as always by Dan Benjamin, and taped in front of a live internet audience.

I have known 37signals CEO Jason Fried since he was a young copywriter who reminded me of me, only smarter and more confident. Like many of you, with a mixture of awe and pleasure, I have watched him change our industry, along with book publishing and business generally. Dan Benjamin and I are delighted to announce the mercurial Mr Fried as our guest on The Big Web Show. Join us today, 1 July 2010, for the live taping at 1:00 PM ET.

Jason’s official bio is brief, but he can write at length when he wishes: see Rework, Getting Real, and Defensive Web Design, each a classic, and to each of which he was principal co-writer and guiding force. Besides saying no to meetings, contracts, and VC money, Jason and 37signals are famous for godfathering a speedy, iterative form of web application design; for gifting the industry with Ruby on Rails; for creating a suite of beloved (yes, really) business productivity web apps; for mastering and then abandoning client services in favor of making stuff; for somehow, in the midst of all that busyness, churning out tons of fine content on their popular blog; and for being roommates with the equally fantastic Coudal Partners.

In “New Publishing and Web Content,” a proposed panel for SXSW Interactive, I will lead book and new media publisher and entrepreneur Lisa Holton, designer, writer, and W.W. Norton creative director Mandy Brown, novelist, web geek, and Harper’s editor Paul Ford, and writer, editor, and content strategist Erin Kissane in an honest and freewheeling exploration of the creative, strategic, and marketing challenges of traditional and online publishing—and how content strategy and design can help.

Topics covered will include:

If this sounds like a panel you’d enjoy seeing, vote for New Publishing and Web Content via the SXSW Interactive Panel picker.

The panel was about quitting your job (or coping with a layoff), working as a freelancer, collaborating with others, and what to do if your collaboration starts morphing into an agency. We sought to answer questions like these:

Whitney Hess has written a fine wrap-up of the panel, including a collection of tweets raving about it, some of Mike Rohde’s visual coverage, and links to other people’s posts about the panel.

LISTEN to “From Freelance to Agency: Start Small, Stay Small”.