Although Matthew Carter is overseeing the project and David Berlow of The Font Bureau is leading development, I’m feeling twitchy about Verdana Pro, a new print family from an old screen face.

Start there: Verdana was born of the screen. In particular, as all reading this know, it was born of the needs of the crude, non-anti-aliased, 72/96 ppi desktop screen of the mid-1990s. At Microsoft’s behest, Matthew Carter created the original cross-platform Verdana with its generous x-height so computer users, whether PC- or Mac-based, would have a sans-serif that was easy to read at small sizes.

Verdana is a font that looks gorgeous at 11px in a non-antialiased environment, and handsome at 9px and 10px in that same setting. Make it any bigger than 11px, and it looks grotesque. Set it via ems or percentages rather than pixels—as most accessibility-conscious designers do—and you ding its perfection. View it in a sub-pixel antialiased environment (i.e. on a modern platform) and, if it is small enough and near enough to an exact pixel size, it still looks nice and reads well … but not nearly as nice or as well as it does in the environment for which it was originally created.

Yes, if you are a genius like Matthew Carter or David Berlow, you can take a screen font, even one of the two definitive screen fonts of the 20th century—the other being Carter’s Georgia, which also looks best at exactly 11px in a non-antialiased environment, though it survives handsomely in modern environments and at inexact, percentage-based sizes—and build a true print family around it. But the idea makes me twitchy.

And that screen guy’s twitch I can’t quite shake makes me start to understand how type designers may be feeling as they watch their gorgeous high-resolution creations, rooted in hundreds of years of craft and technology, take the first small steps toward a new world of web fonts.

Apple has a typography desk. It is not exactly crowded with developers vying for every square centimetre, but it really exists. Have you ever heard of it? …

Then compare Microsoft, which has two divisions focussed on type and reading (Typography and Advanced Reading Technologies). Esteemed colleagues Simon Daniels and Kevin Larson are but two of many people with a high profile in the type business who work for Microsoft (in those departments respectively). MS Typo itself does a great deal of work. Apart from commissioning the confusable Microsoft C-fonts, the department does everything from creating box-drawing characters for teletext fonts to designing Liberian symbol systems….

As you’d expect, I urge Apple to get back into the business of type design. The chief lesson of the Web must be observed: Do what works and don’t do what doesn’t work.

Worth reading in its entirety, rereading, bookmarking, and sharing (especially with friends at Apple): Where Microsoft beats Apple on the Personal Weblog of Joe Clark, Toronto. Nobody does it better.

Gloriously available for @font-face embedding, TeeFranklin by Suomi Type Foundry at Fontspring is a family of 14 weights/styles that may be perfect when you want to offer something a tad different from Helvetica and Franklin while retaining many of the qualities that make those fonts great.

Influenced by the geometric-style sans serif faces that were popular during the 1920s and 30s, the fonts are based on geometric forms that have been optically corrected for better legibility. Brandon Grotesque has a functional look with a warm touch.

The Regular weight is free through April 15. 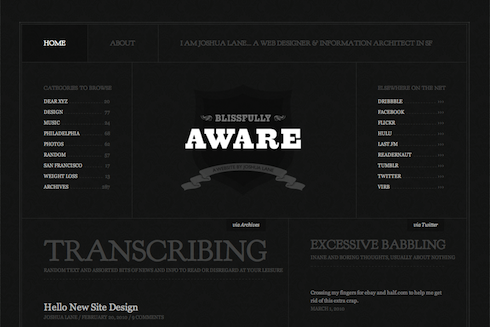 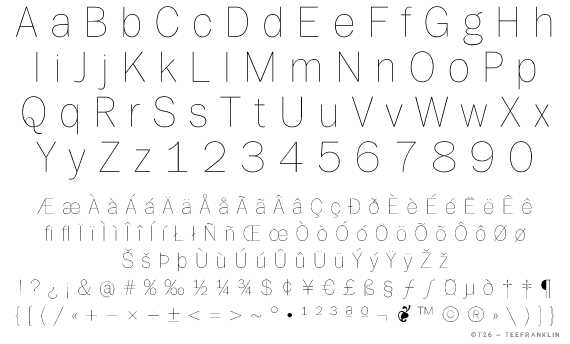 There’s a new Franklin in town. It’s TeeFranklin, designed by Tomi Haaparanta for T26. Haaparanta specializes in what we used to call grunge fonts, but you’d never know from his Franklin, which is classic and pure. In terms of available weights and styles (not to mention fanatical attention to detail), Haaparanta’s new font can’t compare to Font Bureau’s ITC Franklin, but TeeFranklin is a nice and clean, and comes in 14 weights, which may be enough. Better still, according to reader Ethan Dunham, it is licensed for @font-face embedding. 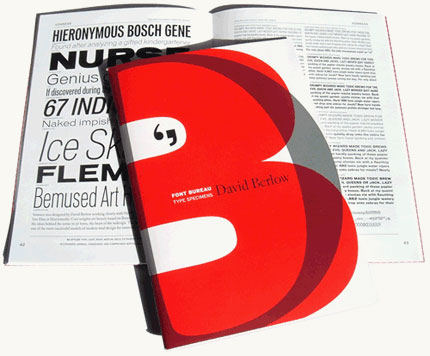 “A collection of David Berlow’s prolific typographic work as co-founder of Font Bureau is showcased in this impressive booklet, a celebration of him receiving the Society of Typographic Aficionados (SoTA) Typography Award in 2007. Specimen pages show styles of each family for easy comparison of weight, width, copyfit and aesthetic.”

From Does This Zeldman Make My Posterous Look Fat? 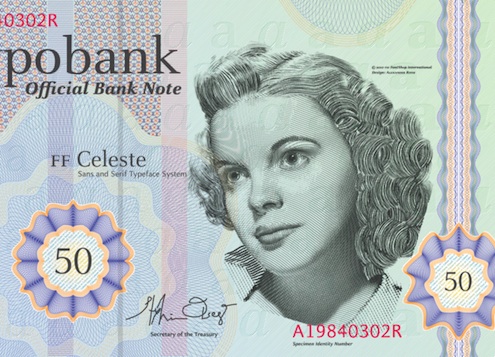 In Behance Gallery: Find the latest FontFont Releases at the FontShop (50 and 51) or download the 64-page FIFTY|1 Release Magazine.

If the geek on your list loves playing The Rather Difficult Font Game by Kari Pätilä, and if that geek owns an iPhone or iPod Touch, she will adore The Font Game app, created by Kari Pätilä (game designer, web stuff), John Boardley (ilovetypography founder), and Justin Stahl (iPhone development). With 657 font samples, three levels of difficulty, and the ability to post your results to Twitter, it’s the perfect way to test or show off your type chops, or just learn.

This is a bookmarklet made for web designers who want to rapidly check how different fonts and font styles look on their screen without editing code and refreshing pages. 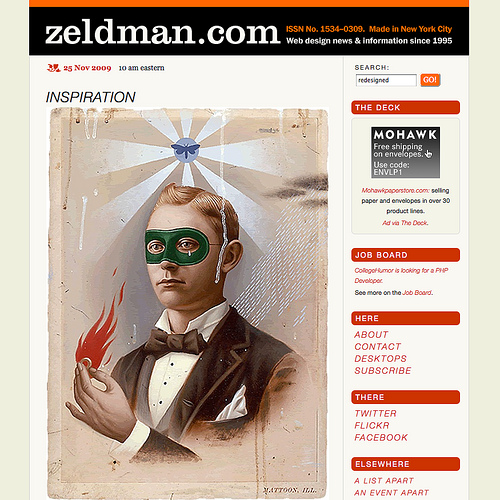 Update: Buying FontExplorer X Pro and clearing font caches also solves the problem. (The problem is with Apple’s fonts, not with Firefox or FontExplorer X, but it takes mediation to fix it.)

FontShop announces that they are ready to deliver their font library as web type:

[S]tarting today, Typekit users can pick from dozens of FontFonts, including FF Meta, FF Dax, and FF Netto. Plus, the Typekit service lets you test any of those FontFonts on your page before you publish.

Typekit is just one piece of a holistic strategy for FontFonts on the web. The library should be licensable in a more traditional way too. That’s where WOFF fits in. … Soon anyone will be able to license and download for their website the same professional quality FontFont they use in desktop applications, but crafted specifically for the new medium.

This has been a belated part of Web Type Day.

Today in Print, Ellen Lupton interviews Jeffrey Zeldman (that’s me) on web typography, web standards, and more. Part one of a two-part interview.

Ellen Lupton is curator of contemporary design at Cooper-Hewitt, National Design Museum in New York City and director of the Graphic Design MFA program at Maryland Institute College of Art (MICA) in Baltimore. She is the author of numerous books and articles on design, a frequent lecturer, and an AIGA Gold Medalist.

This has been a nutritious part of Web Type Day.