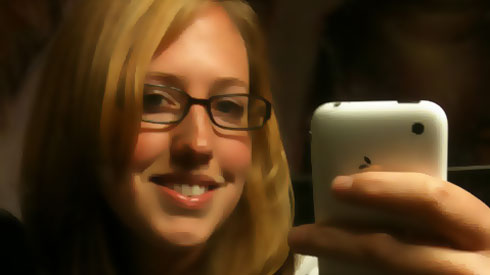 Bay area designer Tracy Osborn (@limedaring) is our guest on Thursday’s episode of The Big Web Show, co-hosted by Dan Benjamin and taped in front of a live internet audience.

Tracy is the kind of young entrepreneur who bears watching, and an exemplar of the empowering energy of the web. In virtually every other sphere of industry, even can’t-miss notions demand tremendous financial backing to attain the merest chance of success. But on the web, quite often, all you need is a strong idea and the willingness and ability to work.

Tracy’s latest idea is to launch a startup that’s likely to shake up the wedding invitation industry:

In wedding invitations alone, there are two options: spend hundreds of dollars for custom designed invitations (expensive but pretty), or do-it-yourself (cheap but ugly). I want to build a web application catering to … price sensitive couples who have an aversion to Comic Sans.

We’ll discuss the ins and outs of networking when you’re not well known; where ideas and inspiration come from; how to recognize and develop your best ideas and persuade others to believe in them; and more.